This Centre is an interdisciplinary research platform, which will draw on resources of collective scholarship across disciplines. This will evolve as a research collective, grounded in the humanities and social science disciplines covered by the Faculty of Arts, Kazi Nazrul University. As a new and emerging university, Kazi Nazrul University has the potential of becoming a site of advanced research in the domain of social sciences; and the proposed initiative is a step in that direction. In the contemporary moment of unprecedented social changes, it is imperative for any research venture to engage with a critical understanding of the ‘social’ through comprehensive trans-disciplinary interactions. It is in keeping with this rationale that the Centre hopes to tap into global networks of cutting-edge research across divergent social and institutional contexts. 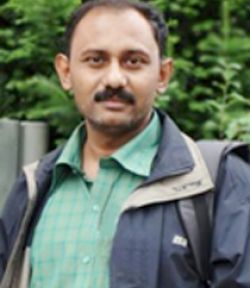 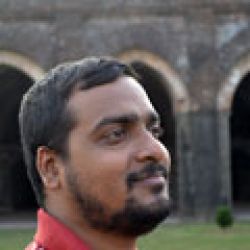 Manas Dutta is Assistant Professor in the Department of History and his current area of research covers issues related to War and Conflict in South Asia, with a special focus on Civil-Military relations in the Global South. Along with this, he is also investigating, as part of his recent research on War and Genocide Studies, on the involvement of native Indian Soldiers in the First World War, with a special emphasis on their performance in the Western Front. For further details visit https://caluniv.academia.edu/ManasDutta 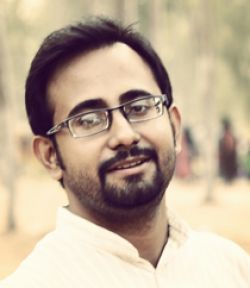 Debaditya Bhattacharya teaches literature at Kazi Nazrul University, West Bengal, India. He researches on continental philosophy, and writes on contemporary modes of political articulation as well as practices of mobilization in the Indian context. His current interests cohere around a 'historical sociology' of higher education, with specific attention to Indian policy contexts. His edited anthologies, The Idea of the University: Histories and Contexts and The University Unthought: Notes for a Future, have recently been published as companion volumes from Routledge. He is co-editor of Sentiment, Politics, Censorship: The State of Hurt (SAGE, 2016). 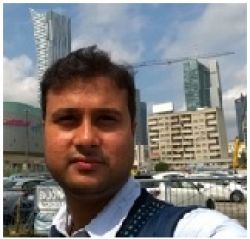 Tirthankar Ghosh teaches at the Department of History, Kazi Nazrul University as an Assistant Professor since 2014. His areas of specialization are – social history of disaster, ecological and environmental history of India, economic history of India, social and political movements in colonial and postcolonial India. He is awarded with the ICHG-HGRG Travel Bursary for presenting seminar paper at the 17th International Conference of Historical Geographers held at the University of Warsaw, Warsaw in 2018. He is awarded with the Charles Wallace India Trust research grant to carry out research at the British Library, Welcome Collection, and Royal Maritime Museum (Greenwich) in the United Kingdom in 2017. Currently he is working on a Major Research Project entitled ‘New Social Movements, Media & Civil Society in Contemporary India: Paradigm Shift in Public Protest and Political Mobilization’ as a Co-project Director, funded by the Indian Council of Social Science Research, New Delhi, India. He has contributed in journals namely, Studies in People’s History, Journal of History, Indian Historical Review, Contemporary South Asia, Environment and History, South Asia Research, Quarterly Review of Historical Studies, Cafe Disensus etc. He has presented research paper at several national and international seminar and conferences in India. 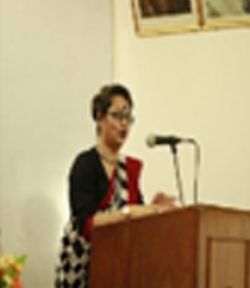 Monalisa Das is Associate Professor in the Department of Bengali of Kazi Nazrul University , Asansol. Her primary area of work is theatre, more preciously child theatre. How child theatre can influence child education or how these two disciplines can influence each other is her primary area of research. Also theatre studies and performance are two areas which always attracted her. She herself being a theatre performer, loves to investigate how new age theatre is breaking the barrier of stereotype and creating new forms. She studies and analyses how theatre are bringing the contemporary literature on stage to influence the society and it's ever changing value system.Currently she is associated with an International project “Bangladesh o Paschimbange Nazrul Charcha" funded by Bangladesh UGC. She is primarily fascinated and her present area of research is, Kazi Nazrul Islam an international literary genius and his humanitarian and secular approach to create literature which talk and dream about a modern liberal creative society. 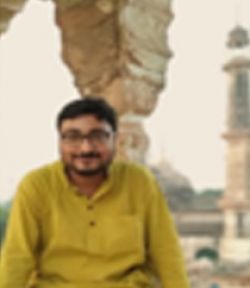 Abhijit Sadhukhan is an Assistant Professor in the Department of Bengali, KaziNazrul University. He has done his Graduation and Masters from Department of Bengali, Jadavpur University respectively in the year 2012 and 2014. He took admission in the Department of Comparative Literature, Jadavpur University for M.Phil programme in 2015. His M.Phil dissertation was on the Caste system in GaudiyaVaisnavism where he tried to explore the impact of various Bhakti schools and religious network on GaudiyaVaisnavismregarding caste regulations. He received SYLFF (SasakawaYoung Leaders Fellowship Fund) Fellowship, funded by Nippon Foundation, Japan for this dissertation. Now he has been working on Social Mobility and the formation of caste structure in Chaitanyaite Vaisnava Sects of Bengal (16th - 18th century) in his doctoral programme. Abhijit is particularly interested in Medieval Indian Literature with special reference to caste system and tries to figure out how caste system tends to change across time and space and what are factors that contribute to that change. 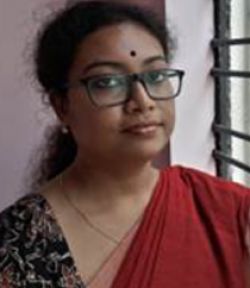 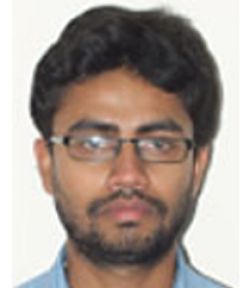 Shuvabrata Poddar is Assistant Professor in the Department of Applied Psychology. He is pursuing his doctoral research in the Department of Psychology, University of Calcutta. He has completed his M.Phil on the Medical and Social Psychology in the Central Institute of Psychiatry, Ranchi. His current areas of research interests are personality studies, Third wave Therapies, neuropsychological rehabilitation and psychodynamics. In 2016 he has received the Bharat Bikash Award as a young Scientist in the field of Psychology.